FACILITY OWNED BY THE TOWN OF HUNTINGTON 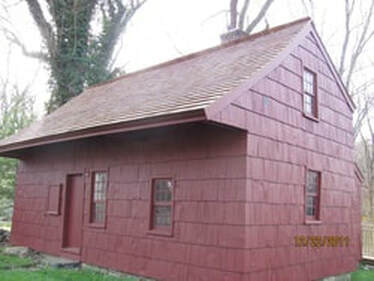 Now known as the “Arsenal,” this historic structure located on the old Town Green near the corner of Main Street and Park Avenue was the home of Job Sammis, a local weaver who hid stores of gunpowder in his attic prior to and during the onset of the British occupation of Long Island and the Town of Huntington during the Revolutionary War.

Today the original Arsenal is a restored house museum, furnished as it was in the 18th Century. It is open for special events and, by appointment, for tours hosted by costumed interpreters.