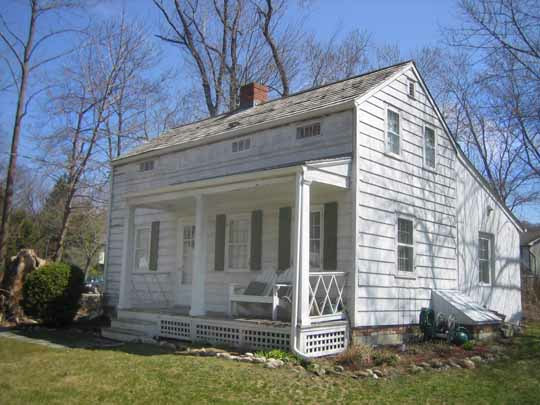 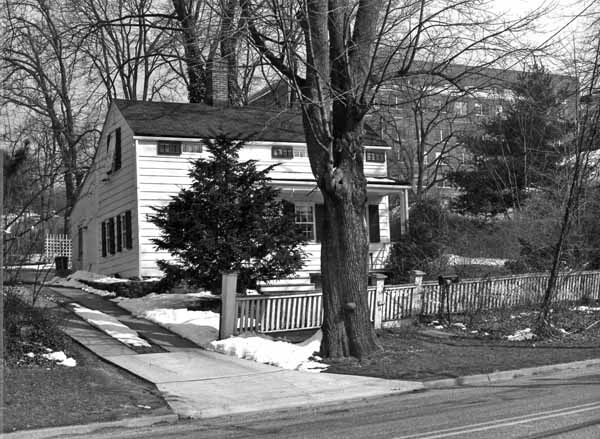 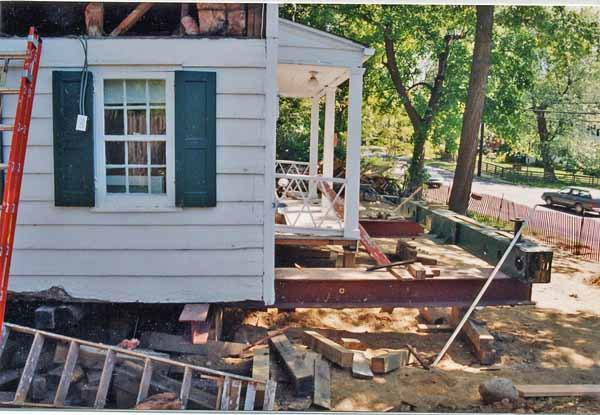 The Adams house, a National Register Historic property, was about to be destroyed when the Huntington Hospital expanded.  The Huntington Historical Society arranged to move the house to the Kissam property to save it.

In August of 1988, Huntington Hospital acquired a small 1830’s saltbox farmhouse which sat on the corner of Park Avenue and Maple Hill Road for over 150 years.  This property, purchased along with several other adjoining parcels, was scheduled for demolition in conjunction with the hospital’s overall plan to expand their parking facility.  However, the historic value of this fine 19th century home spoke loudly and the hospital entered into a unique, preservation agreement with the Huntington Historical Society.

The Adams House, named for the family that lived there for many years, is considered a finely preserved example of 19th century “settlement period architecture”.  The brick and clapboard dwelling, is one of two in the village that exhibits an unusual four-bay plan.  This house was placed on the National Register of Historic Places in 1979 and has also been designated a national and local landmark.
​
Huntington hospital and Huntington Historical Society endorsed a plan to relocate the Adams house to the Society’s nearby historic Kissam House site as a way of satisfying both the hospital’s need for increased parking and the objective of local preservationists to preserve the house within an appropriate village setting, and keep it within the local Old Village Green Historic District.

On June 9, 1994, construction crews slowly and carefully hauled the home on a flatbed truck south on Park Avenue to the new location “just down the road a piece”.  The Adams House has now enjoyed over 10 years in its new location as part of the Kissam House and barn complex