​Trade School Expansion project
​thank you to all who helped make this dream a reality!

Since it’s founding in 1903, the Huntington Historical Society has been at the forefront in preserving Long Island’s history.  The heart and soul of the Society is its rich collection of archival material from throughout Huntington’s three and a half century history.

​​Over the century of its existence, the Society has acquired an extensive collection of archival material dating from the Town’s founding in the seventeenth century through the twenty first century.  This irreplaceable treasure trove is housed in the 1905 Trade School Building on Main Street, one of the four National Register properties owned by the Society

In 2016 the Society completed the construction of an addition to the building that doubled the space available for preservation of the archival collection, renovated the historic structure, and added a courtyard leading into the building. Exterior brickwork, door and window upgrades, and energy-efficient lighting upgrades were also added.  The result is a beautiful structure that maintains the historic character of the existing ​building while enhancing the Society staff's ability to carry out its mission. 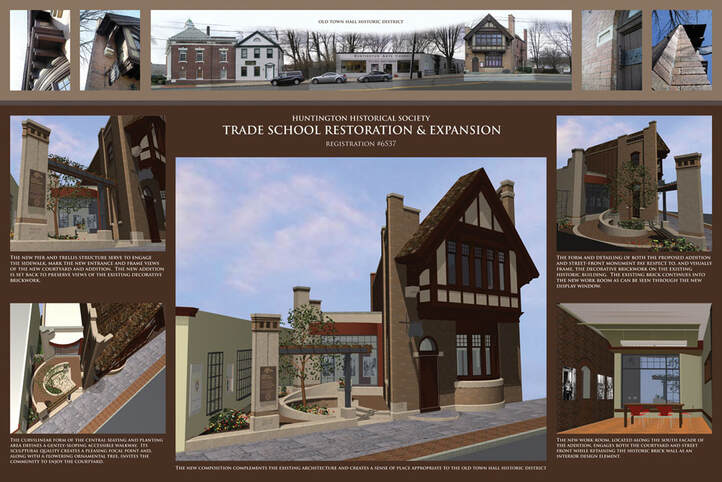 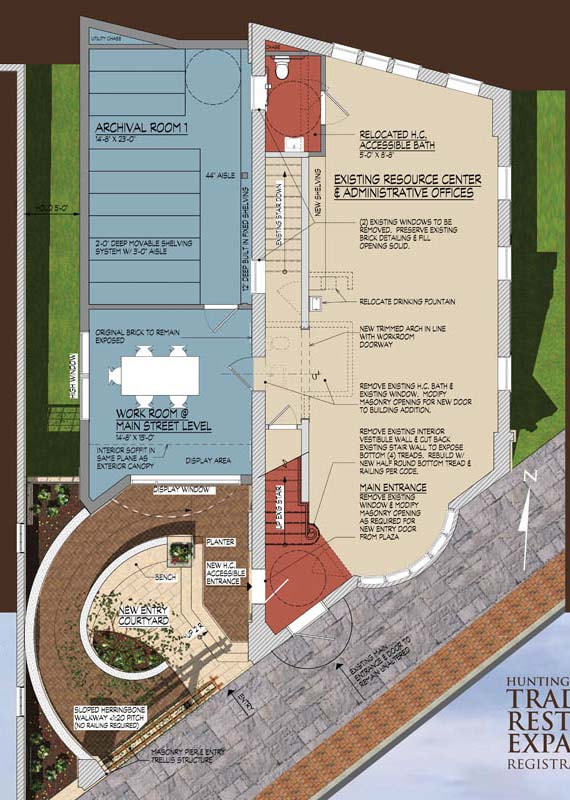 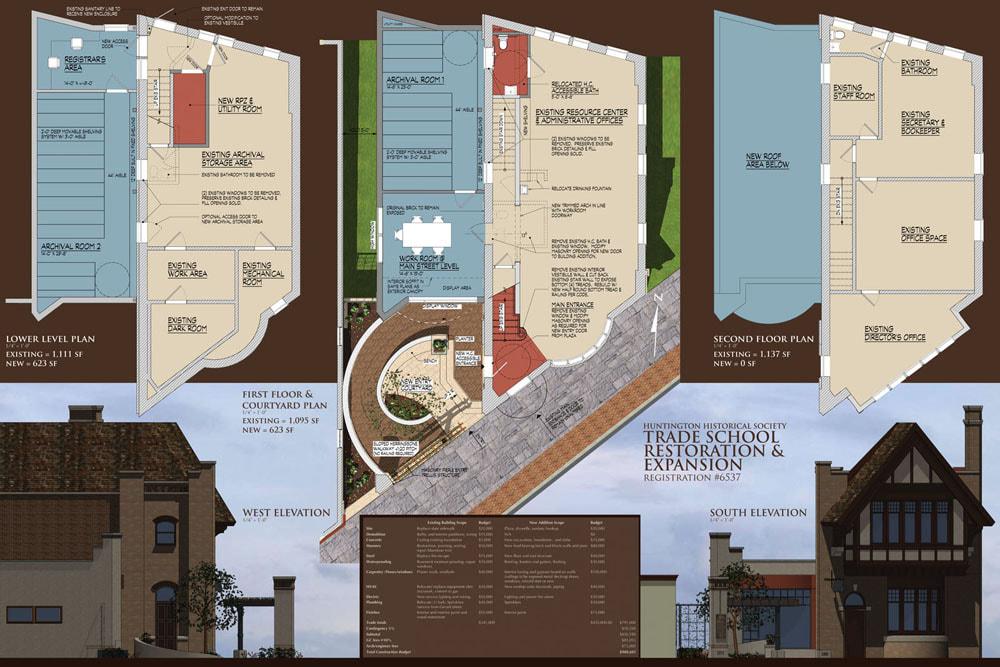 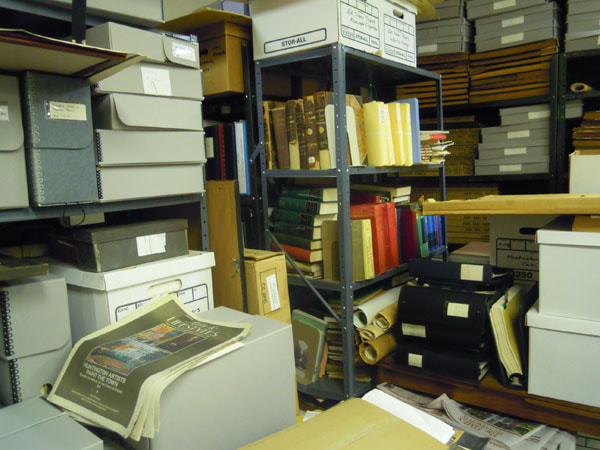 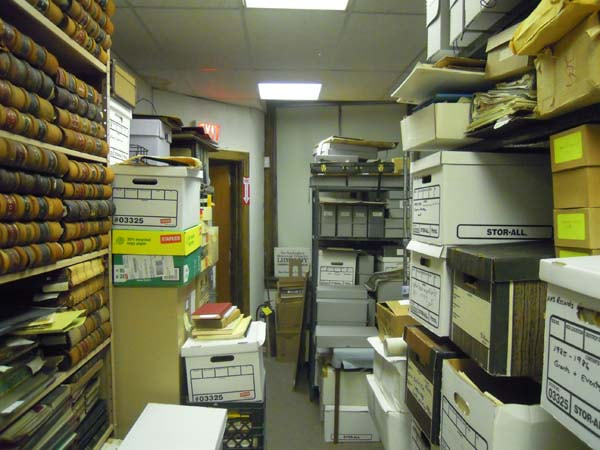 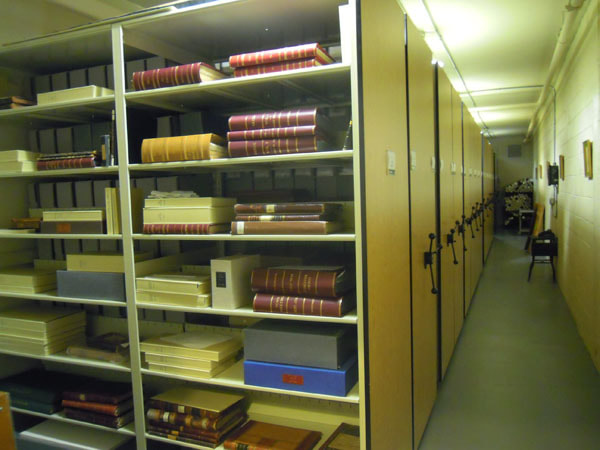 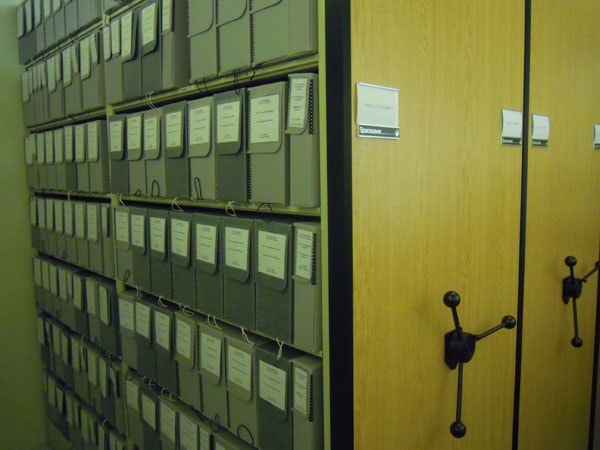